For the first time in quite a while, I had a really productive week. I did every item on last week's Tuesday ToDo list. 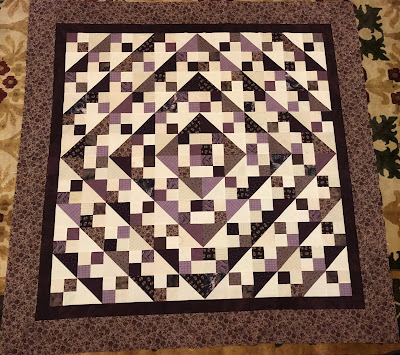 My longarm was repaired last Wednesday, no nagging was required.

I also finished repairing the backing on the Aged Elegance Quilt and Jeff finished the quilting. Then on Saturday, I put on the binding. 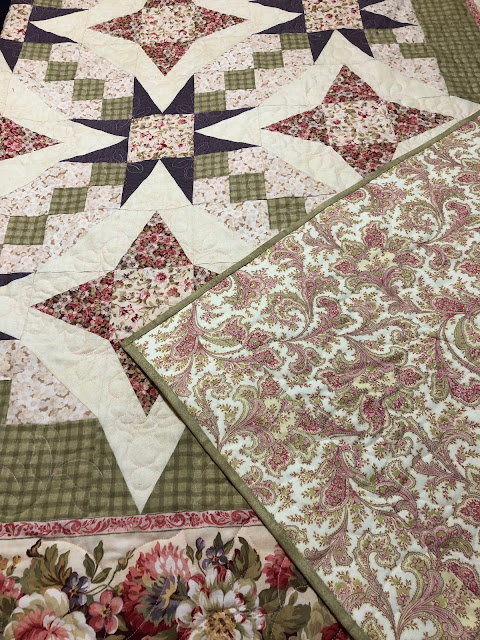 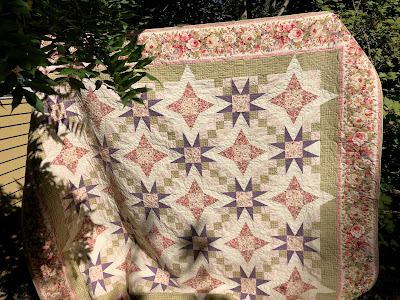 I also finally made a backing for the Graceful Moments lap quilt. I had originally planned to do something complicated but when I had a large scrap leftover from the Aged Elegance backing, I decided to use that instead.

Then, last Friday, on a whim, I decided to pull out my leftover blocks from the Rhododendron Trail quilt. I decided I had enough blocks I could make a lap-size version of Bonnie Hunter's original design. When I couldn't sleep on Friday night, I got back up and sewed for the rest of the night. 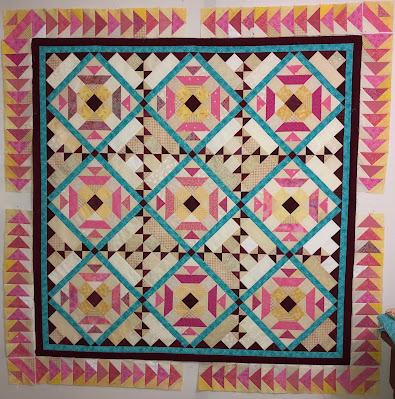 I worked on the border geese on and off during the rest of the long weekend. I still need to calculate the size of the fudge units before I finish this but it's too much math for me tonight.
For this next week, I would really like to
I'm having a lot of dental work this coming week so I probably won't have time for much else.

I'm linking up with