I spent all day wrestling with the Rhododendron Trail quilt to get it trimmed down and get the binding on there. Phew. I don't really like that part, but being so close to the end can usually carry me through to the finish.

I made this quilt with Bonnie Hunter's Rhododendron Trail Mystery Quilt earlier this year. It was really fun, though I will be honest, I followed a different layout suggested by another participant because I really liked it. The quilt is pretty big, about 78"x96" so it's a little big for my husband to hold it up for me. I'll try and get some better photos over the holiday when we visit some friends. 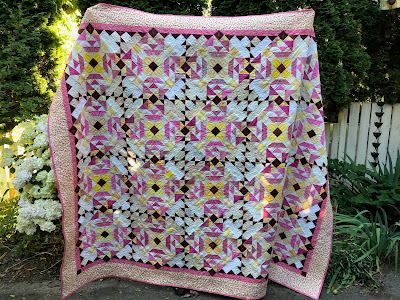 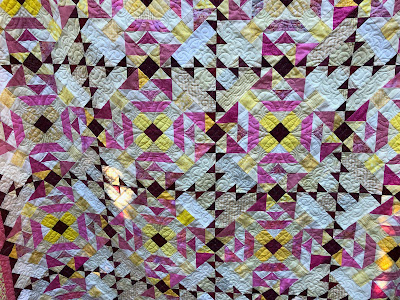 As I said before, my husband Jeff actually did all the long arm quilting. I had it on the machine and was planning to do it, and I found him in there playing with the computer so I just let him play. I did suggest some blocks but he did nearly all the layout work. He's a mathematician and likes geometric puzzles. 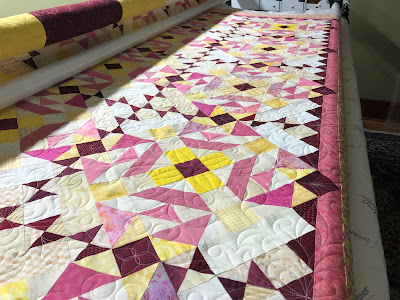 I still need to do some thread clean up, but I wanted to catch the light before it was gone for the day. 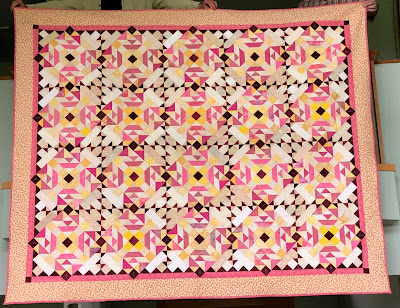 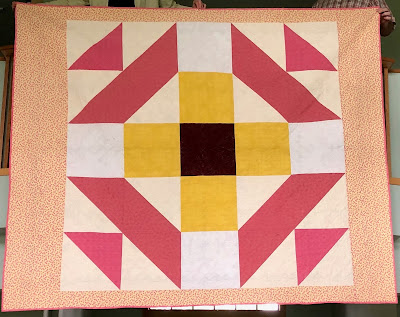 I am linking up with:

Posted by Sharon Kwilter at 8:30 PM