I have finished my second Rhododendron Trail quilt. When I rearranged the large quilt last spring, I ended up having quite a few leftover blocks. Now that I've finished this one, I have only one block left and that will go into my orphan block tub. 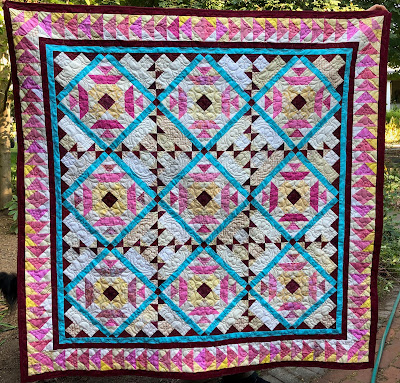 I've been having fun planning out the quilting in my ProStitcher software so once it's on the frame, I already know the plan. This was what I came up with. (These pantographs were purchased from One Song Needle Arts and are part of her Sweetheart Wildflowers set.) 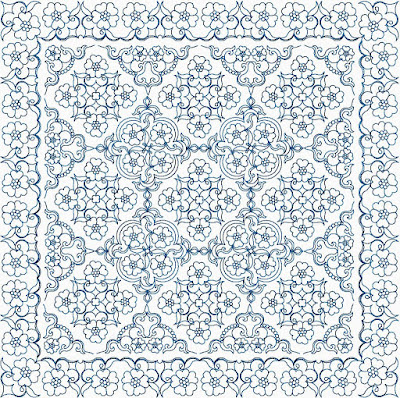 I was initially concerned the stitching was too dense, but I was happy with the size once they were stitched out. I'm also super happy with the back. This is the first time I've used a solid fabric for the back and I just love how the stitching shows up so well. I definitely will need to do this more often. 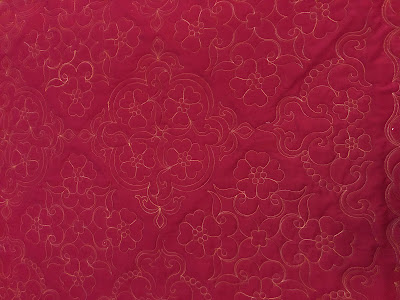 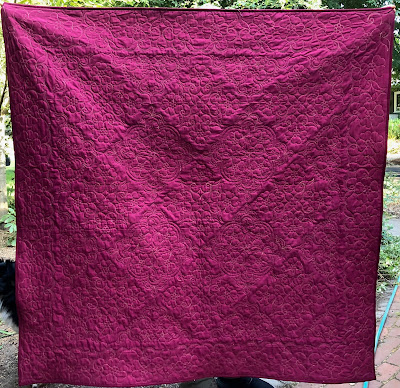 There was one frustration with this process though; the thread I worked with was terrible!! I bought some So Fine mini mystery cone thread last month and they sent me 10 of the same boring color, called Digeridoo. Since it was a goldish-taupe color I figured it would work okay with this quilt, but OMG, the thread was HORRIBLE to work with. It literally was shredding on the machine. I had to rethread dozens of times. I was so tempted to abandon the thread but I couldn't bring myself to change the thread color partway through. It's no wonder Superior Threads discontinued it. Don't buy that thread; it may be cheap, but it's not worth it when it takes three times as long to finish a project because you have to keep rethreading and reprogramming your software to back up and restitch a section where the thread broke. 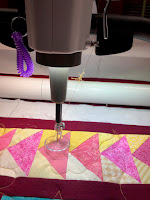 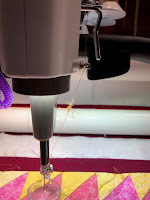 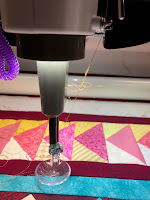 I'm linking up with Design Wall Monday and Monday Making.
Posted by Sharon Kwilter at 5:12 PM