I can't believe it's already November. It was time again for Friday Night With Friends. This month, I got started on yet another quilt. This one is for my husband's mother's 92nd birthday. I kept changing the plan for this quilt; this was at least my third. Since I'd already cut out a whole lot of 2½" squares for an earlier design, I wanted to come up with a new design that would use many of them. 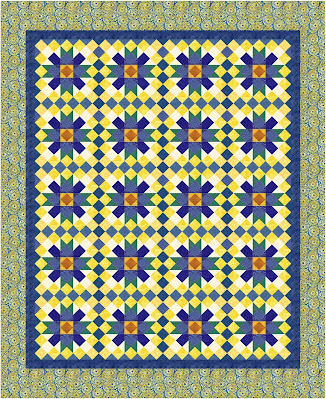 This is the design I finally came up with in Electric Quilt. This is the Providence block and Double Irish Chain block in an on-point alignment. And it uses a lot of the 2½" squares. Not all of them, but more than half.

I had originally planned to cut Marianne's quilt all out of scraps, but then when I settled on this design, I decided to cut it out with my Cricut. It's just so much faster. I merged together some of the small pieces so I wouldn't have to make all those small hourglass blocks. I still cut out all the 2½" squares by hand. 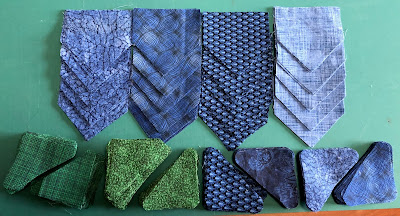 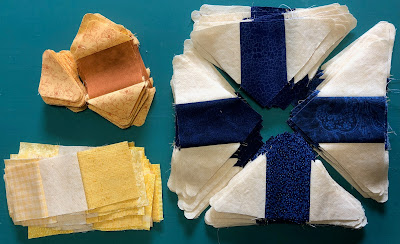 By 2AM on Saturday morning, I had finished assembling all twelve of the Double Irish Chain blocks. 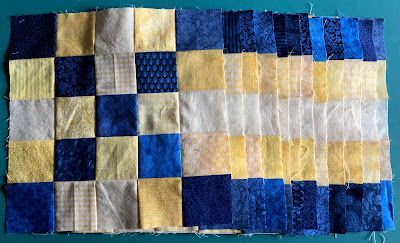 I won't be surprised to have this quilt finished by the end of next week. And because I would like to get this quilt finished as quickly as possible so it can be mailed to my mother-in-law as a belated Birthday gift, I am going to make this my November One Monthly Goal.