My husband got a new job and he's working from home. Since our basement is currently under construction, my husband has basically set up in our living room so I've been spending a lot of time in the past couple of weeks in my sewing room because I don't want to disturb him.
I got an early start on the Friday Night Sew In; I guess I was observing Nova Scotia time today. LOL. Today's project was to work on making Amethyst blocks for my Pieces of My Heart quilt. According to BlockBase+, this block design dates from prior to 1895. It was originally published by the Ladies Art Company under the name The Priscilla. It was later published in the Kansas City Star in 1931 under the name Amethyst. Then it was published again in the Needlecraft Magazine in 1932 under the name Star and Diamond. 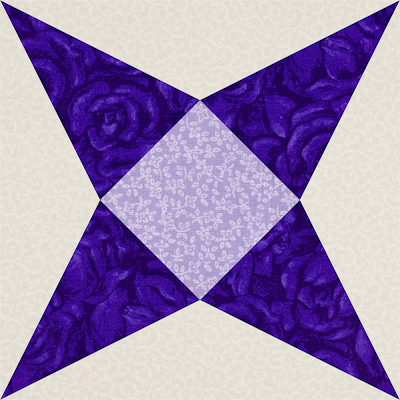 I cut out 24 of these blocks based on my large quilt design. This afternoon, I spent about 5 hours sewing and got eleven more of them finished. I have eleven more to go.
Sewing these blocks was definitely a challenge when I got started. I would often get ripples or pleats in the fabric and the points didn't match. But, by the sixth block, I got it mostly figured out. I should easily be able to finish them this weekend.
In case anyone is interested, this is the process I figured out to make these blocks.
I sewed the pieces together into three "strips". 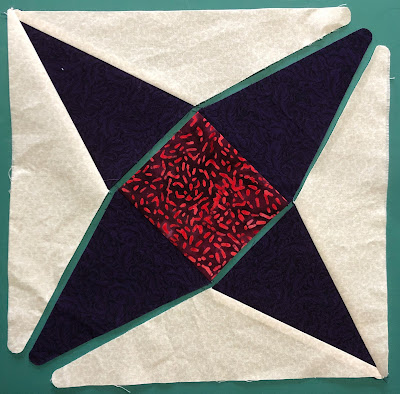 Then I would pin on one side, starting on the right third. I would lay out the pieces so the edges aligned and I would sew from the seam to the point. 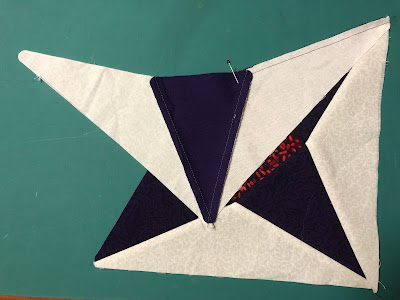 Then I would lay out the other side so the edges aligned. I wouldn't worry about lining up the center area. 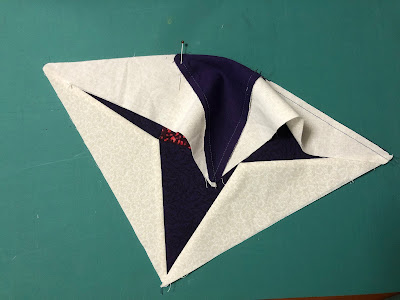 I would sew from the point to the seam and then put the needle down and raise the sewing machine foot. 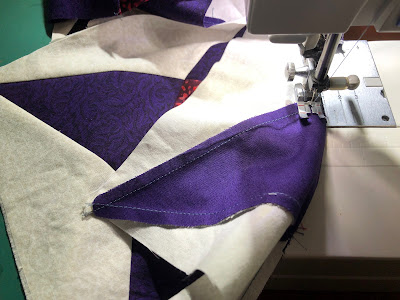 Then I would pull the fabric straight, align the edges and then sew the center section. 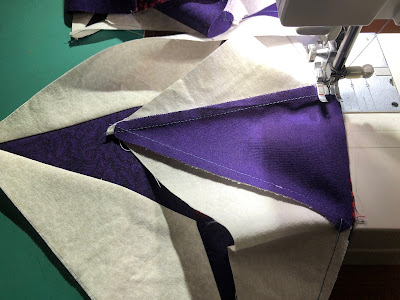 I admit every time I went to the iron, I sort of crossed my fingers the seams were in the right place. Today, I only had to rip one apart to fix it. 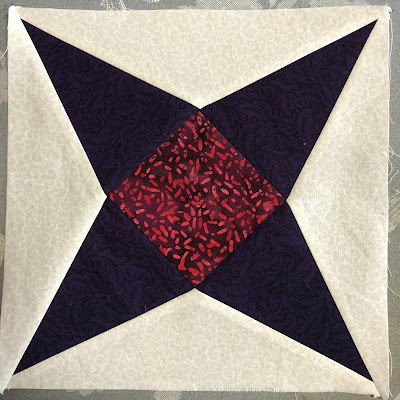 I'm also linking up with Finished (or Not) Friday.  Thanks, Alicia for hosting the linkup.
Posted by Sharon Kwilter at 9:32 PM